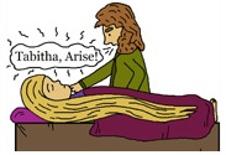 The kids did , The Life Of Tabitha "Dorcas" Lapbook. They learned that Tabitha, also known as Dorcas, was a woman that was full of goodworks and almsdeeds. In scripture she was referred to as a disciple. She sewed garments and coats for widows.  Then one day she died. Peter was sent to her and raised her back from the dead. He put all the widows out of the room and kneeled down beside her and turned the body toward him and said, "Tabitha Arise!" She opened her eyes and saw Peter.

I drew pictures for them to cut out and make their little lapbook story folder for them to put in a binder. I made matching needle and thread cupcakes to go with it. There is also a coloring page, clipart picture, colored page, a sewing pattern and more to go with this. Use the pages however you need to teach your class the lesson on Peter bringing Tabitha back to life.
Tabitha Raised From The Dead Bible Story


Act 9:36  Now there was at Joppa a certain disciple named Tabitha, which by interpretation is called Dorcas: this woman was full of good works and almsdeeds which she did.
Act 9:37  And it came to pass in those days, that she was sick, and died: whom when they had washed, they laid her in an upper chamber.
Act 9:38  And forasmuch as Lydda was nigh to Joppa, and the disciples had heard that Peter was there, they sent unto him two men, desiring him that he would not delay to come to them.
Act 9:39  Then Peter arose and went with them. When he was come, they brought him into the upper chamber: and all the widows stood by him weeping, and shewing the coats and garments which Dorcas made, while she was with them.
Act 9:40  But Peter put them all forth, and kneeled down, and prayed; and turning him to the body said, Tabitha, arise. And she opened her eyes: and when she saw Peter, she sat up.
Act 9:41  And he gave her his hand, and lifted her up, and when he had called the saints and widows, presented her alive.
Act 9:42  And it was known throughout all Joppa; and many believed in the Lord. 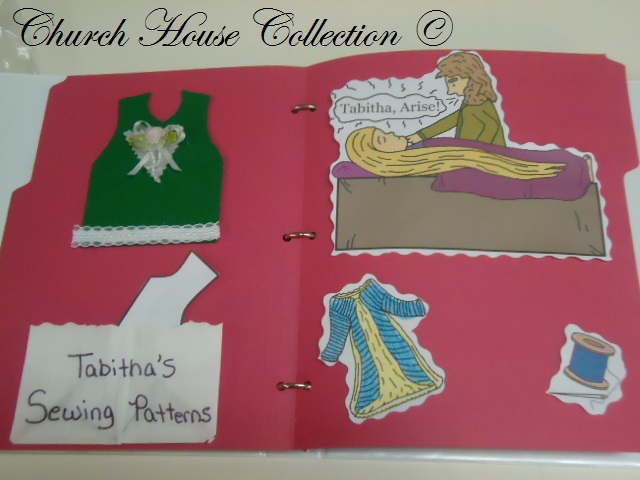 Peter Raised From The Dead Lapbook 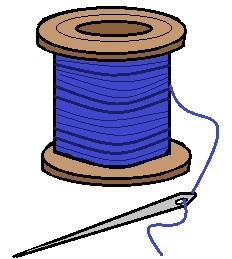 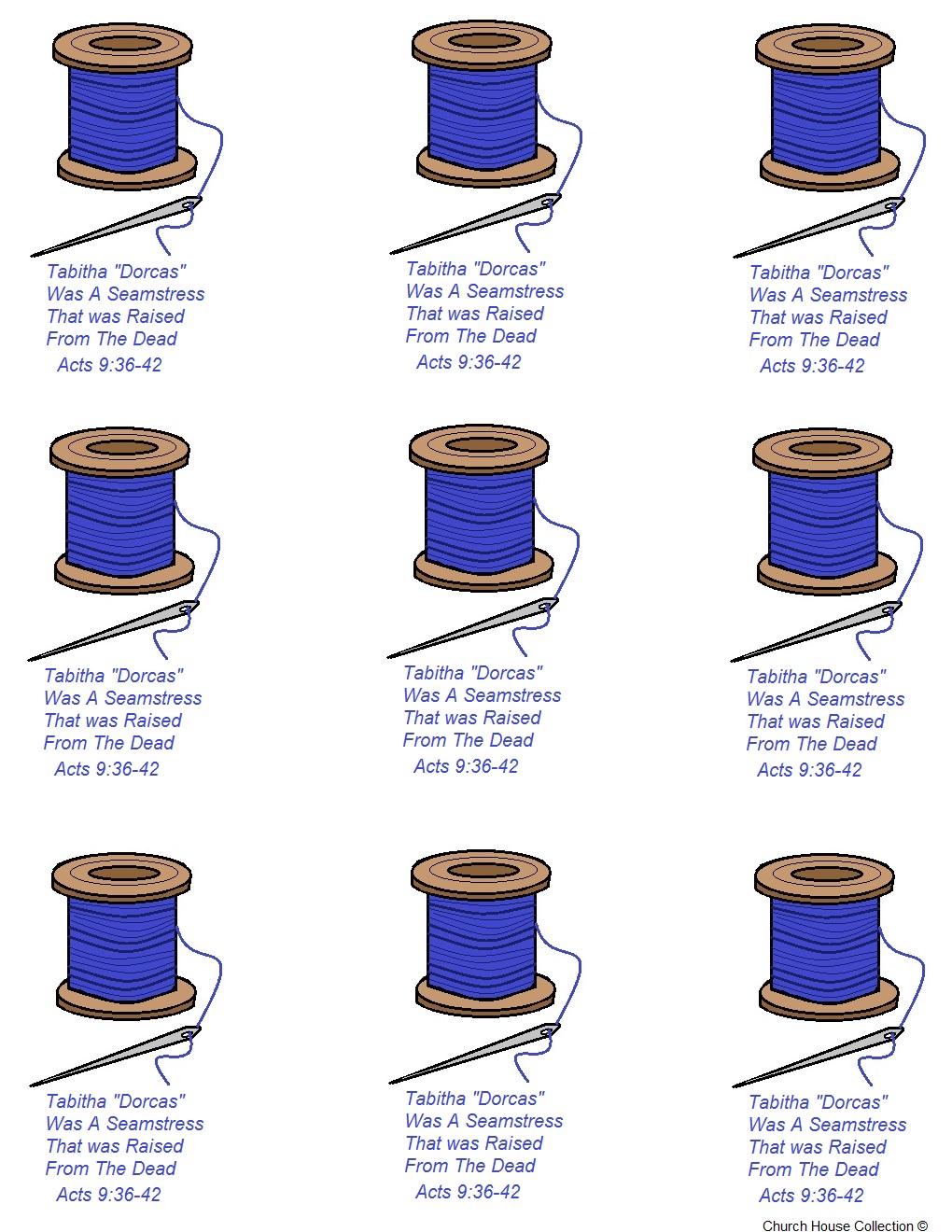