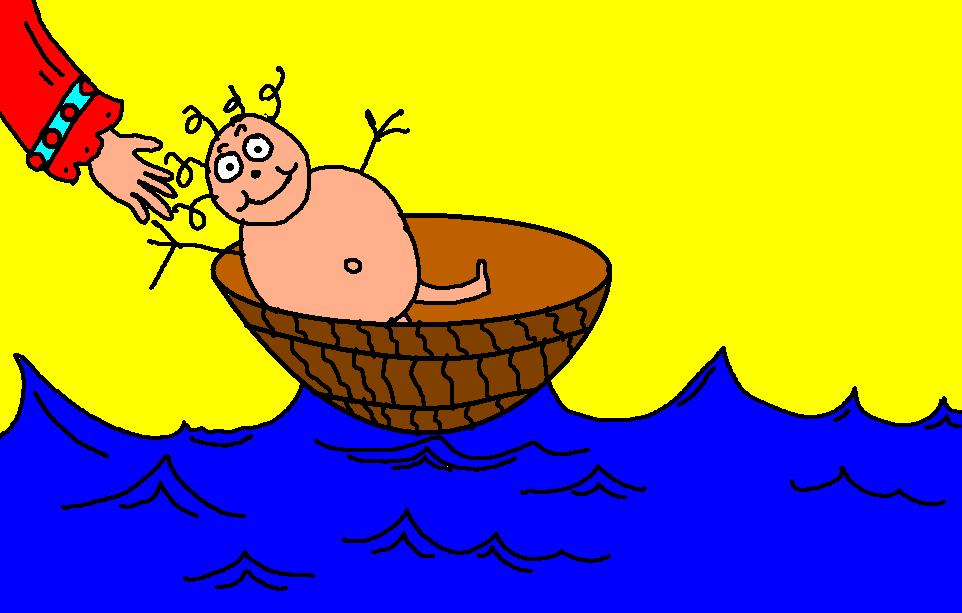 1And there went a man of the house of Levi, and took to wife a daughter of Levi.

2And the woman conceived, and bare a son: and when she saw him that he was a goodly child, she hid him three months.

3And when she could not longer hide him, she took for him an ark of bulrushes, and daubed it with slime and with pitch, and put the child therein; and she laid it in the flags by the river's brink.

4And his sister stood afar off, to wit what would be done to him.

5And the daughter of Pharaoh came down to wash herself at the river; and her maidens walked along by the river's side; and when she saw the ark among the flags, she sent her maid to fetch it.

6And when she had opened it, she saw the child: and, behold, the babe wept. And she had compassion on him, and said, This is one of the Hebrews' children.

7Then said his sister to Pharaoh's daughter, Shall I go and call to thee a nurse of the Hebrew women, that she may nurse the child for thee?

8And Pharaoh's daughter said to her, Go. And the maid went and called the child's mother.

9And Pharaoh's daughter said unto her, Take this child away, and nurse it for me, and I will give thee thy wages. And the women took the child, and nursed it.

10And the child grew, and she brought him unto Pharaoh's daughter, and he became her son. And she called his name Moses: and she said, Because I drew him out of the water.