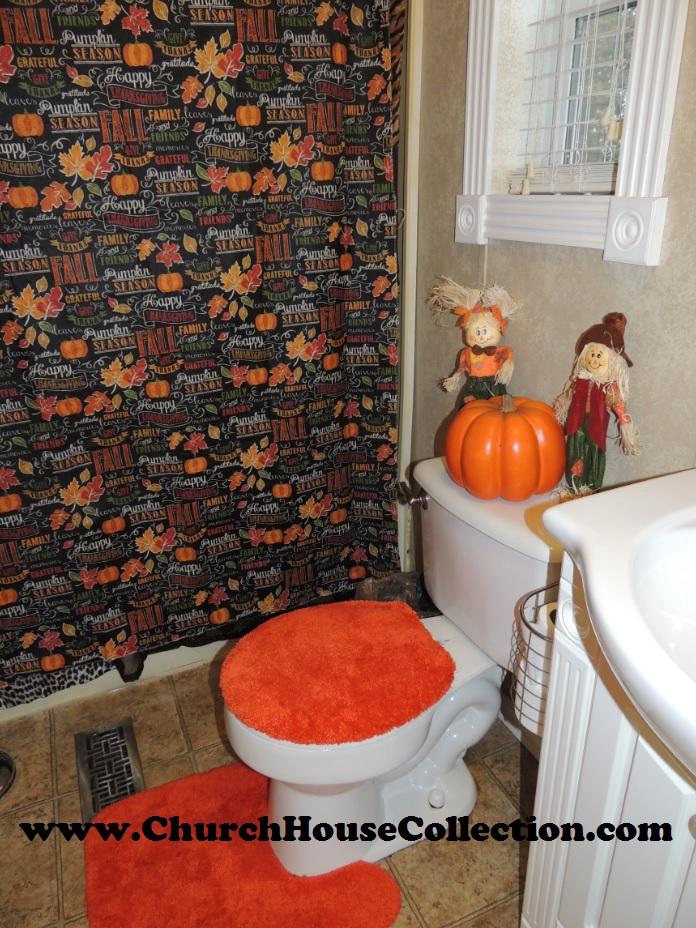 This actually looked really good. Someone that has more stuff on hand could actually turn this into something really cute if you don't want to just poke a hole in the top of the table cover.

I bought a bright pumpkin orange toilet seat cover and a toilet seat rug at Walmart along with matching hand towels. I found some cheap fall standing scarecrow decorations for only a $1.00 at the Dollar Store.

You can really transform your bathroom with just a few cheap fall items. I was actually rather shocked that no one carried a fall shower curtain. I even went online and looked for awhile and still couldn't really find what I was looking. I found some that was a little out of my price range. I am so glad this DIY worked out for me. Walmart carries a few other cute fall table covers that would look great as a fall shower curtain.

I was really hoping that I could have found some cute pumpkin shower curtains or something but I just never did find what I was looking for. So if your in search of a fall shower curtain and can't find one either, then you always try making your own DIY shower curtain masterpiece.

Some Other DIY Fall Ideas For Your Home:

Buy some Orange Towels and add some pumpkin iron on transfers.

Fill some glass jars with candy corn and sit on your coffee table next to a pumpkin pie candle.

String some fall leaves from the ceiling.

Set up your Christmas tree and decorate it with some fall leaves.

Fill glass jars with corn and sit a battery operated candle down it.

Fill a bowl with acorns and a glitter leaves and sit it on your coffee table.

Buy some tall wheat and fill a tall vase with it. Add some real small pumpkins around it. 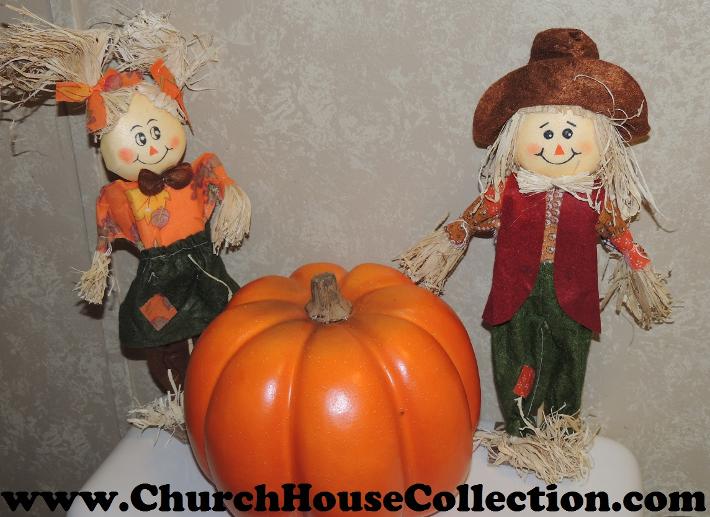 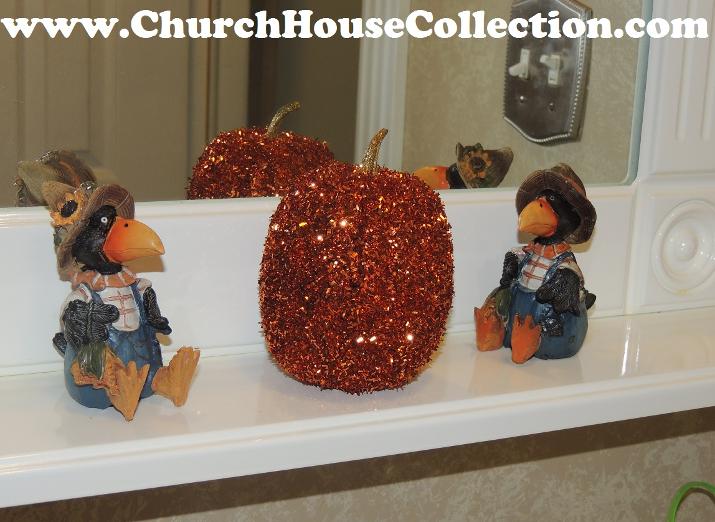 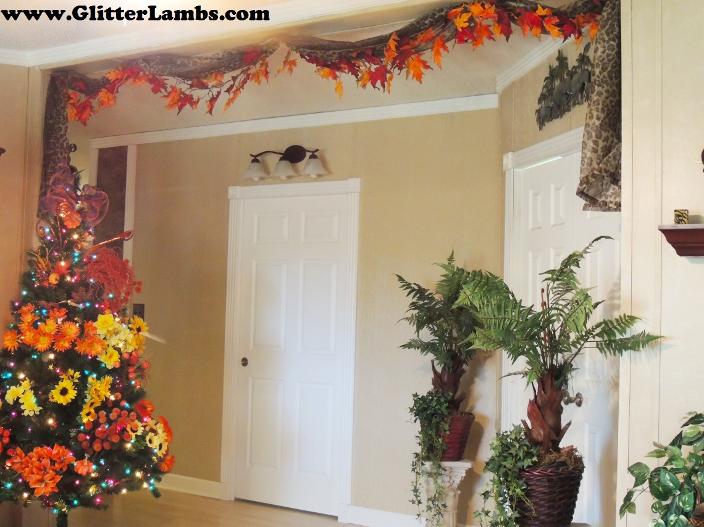 This is my Fall tree that I put up. I got my decorations from Hobby Lobby. I have more of these pictures on my other website at Glitter Lambs. Glitter Lambs is just a beauty site I run, in case if you were wondering. It has DIY, Beauty, Polish and other random girly stuff. lol :) Go check it out if your interested. If not then please continue on. :) 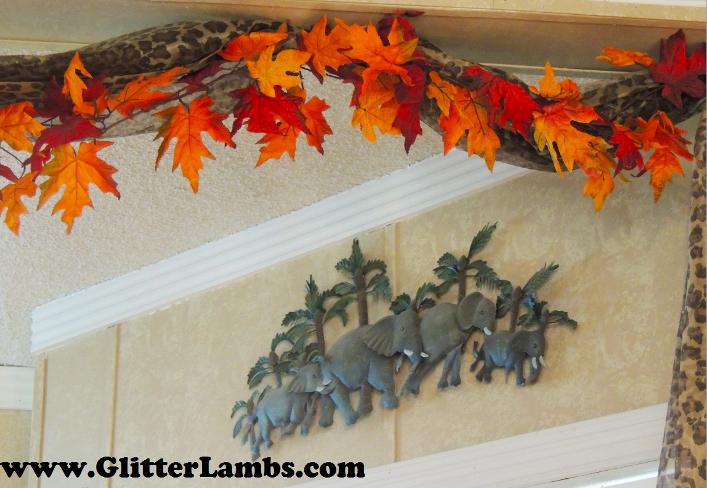 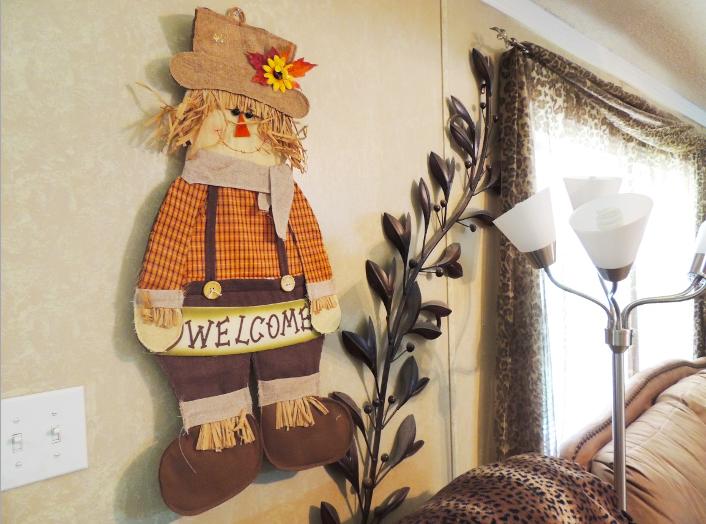 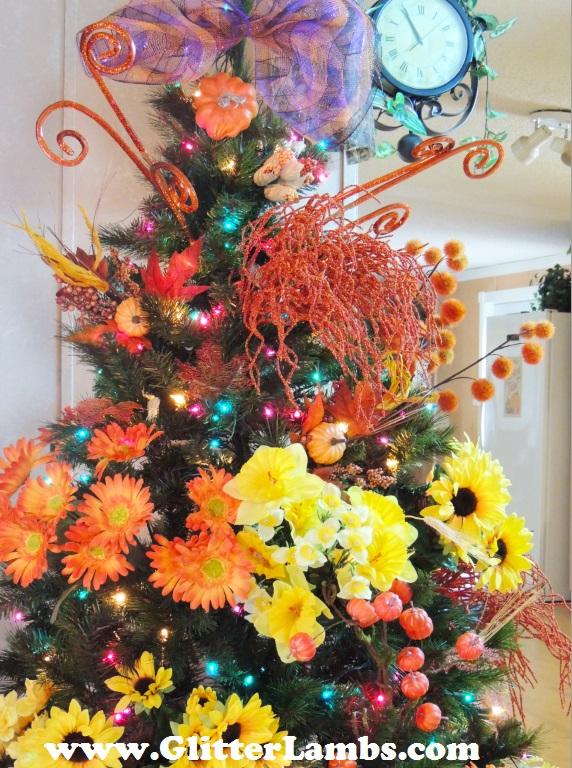 Back to Fall Section